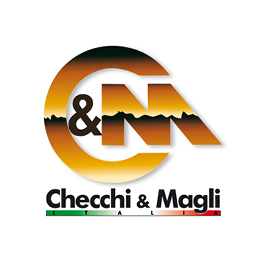 The Checchi & Magli company was founded in 1976 in Budrio in the province of Bologna where the headquarters and the 3 production plants are still present today; in 2006 a sales office was opened in the United States to shorten distances and provide even more immediate support to the North American customers.

The company’s core business consists of the transplanter machines for vegetable, tobacco and nursery seedlings for which the company is world leader with an export amount that is steadily around 80% of the total turnover. The range is completed with the potato cultivation and harvesting machines (potato planters, potato diggers and vibroridgers) from which the company originated, as well as plastic laying machines and bed making machines for cultivation on mulching film (strawberries, melons, watermelons etc.).

These factors of success and increasing popularity over the years are a serious trade policy, which has always taken the business to business line with reliable partners, extreme attention to detail and always an open ear to suggestions and to new requirements.

Checchi & Magli…made in Italy with Passion!